The Eivissa Christmas festivities will kick off on Thursday the 1st of December at 6.30 pm with the traditional turning on of the lights and a performance by the Children’s Choir of the Patronato de Música de Eivissa, the local music Council.

The Christmas festivities programme features workshops and activities designed for the younger members of the family, including traditional activities such as the ‘xacota payesa’ (a traditional island dance), music, animated performances, sporting activities and the installation of an ice rink in the Reina Sofía Park, one of the novelties of this year’s programme.

The same day (the 1st of December at 8 30 pm) will also see the inauguration of the Christmas tree that has been installed in the Mercat Vell and is the work of students of artistic metalwork at the Escuela de Artes y Oficios, the local trade school.

Among the novelties included in this year’s festivities programme we can highlight the installation of the ice rink in Reina Sofía Park, which will open from the 2nd of December to the 8th of January from 10 am to 10 pm, with the exception of the 24th and 31st of December, when the rink will close at 8 pm.

Music is another fundamental part of the Christmas festivities programme and, for the second year running, a series of micro-concerts has been organised for the streets of the town’s central districts in addition to performances by Tales of Gloom (23/12), Arturo Pueyo, Chema Pellico and Alfredo Souza (24/12), Ivan Doménech and Joan Barbé (29/12), Rels (30/12) and Poison Ivy (4/1/2017).

The Pere Navarro Quintet will offer a free jazz concert in Can Ventosa on Friday the 9th of December at 9 pm, and on the 10th, also in Can Ventosa, a lyrical recital will be offered by tenor Carlos Tur with Elvira Ramón on piano.

The 30th of December will see performances by Lili House, a finalist in the Art Jove competition, and Morning Drivers, in the Plaça Antoni Albert i Nieto. Another performance worth highlighting is the Joy for Christmas concert on the 27th of December, which will feature Christmas songs set to soul rhythms.

Residents and visitors alike are invited to enjoy the traditional Christmas Concert to be given by the Eivissa Symphony Orchestra at midday on Friday the 18th in the Can Ventosa Culture Centre.

One of the most eagerly anticipated activities for the younger family members is the musical Disney 4, which can be seen on the 25th, 26th, 27th and 28th of December, also in Can Ventosa.

Christmas is really a time for children, and with this in mind workshops, story-telling and children’s Christmas activities have been organised in the Can Ventosa library, the marquee on the Plaça Antoni Albert i Nieto and the C-19 Youth Centre (Centro Joven).

The children’s Christmas events programme includes free visits to the observatory for children over 12 years of age on Friday the 9th of December as well as a day of activities on Saturday the 17th in the Es Pratet district under the title ‘Feim Barri, Feim Nadal’.

Sporting activities will also feature among the many proposals organised by the Eivissa Town Council over the Christmas period and will include level tests and sporting activities designed for all the family, highlights among which include the ascent to the cathedral, the Eivissa World Heritage Fun Run as well as numerous cycle-tourism and hiking routes.

Wednesday the 28th of December will see the traditional Xacota Payesa at 6 pm in the Plaça Antoni Albert i Nieto – a display of traditional island folklore and dancing followed by a “Salsa de Nadal” competition, a typical Ibizan Christmas dessert and one of the island’s many culinary delights.

Another novelty this year is the change that has been introduced in the route taken by the Christmas Parade. For the benefit of the children, the route taken by The Magi this year will begin on Ses Figueretas beach at 6.30 pm on the 5th of January, from where they will continue to take in Passeig de Ses Pitiüses, Carrer Periodista Francesc Escanelles, Carrer d’Asturies, Carrer del País Vasco, Avinguda d’España, Avinguda d’Ignasi Wallis, Avinguda d’Isidor Macabich, Carrer Obispo Abad y Lasierra, Carrer Josep Zornoza Bernabeu, finally arriving at the Plaça Antoni Albert i Nieto, where they will be greeted by throngs of children and adults alike.

The Eivissa Town Council Councillor for Festivals and Entertainment, Agustín Perea and the Councillor for Commerce, Gloria Corral, presented the Christmas Festivities programme along with a series of campaigns that have been programmed for the coming months in an effort to provide support for local enterprises.

The programme features a Christmas tour of the Marina and Eivissa Port districts that includes a culinary and local business tour of the aforementioned districts. An international street market has also been organised on Carrer de la Virgen in which more than twenty restaurants and other venues will offer a wide range of local culinary and leisure activities every Thursday, Friday and Saturday evening beginning at 8 pm from the 1st of December to the 1st of January.

The Councillor for Commerce included a reminder that these local businesses will be handing out free vouchers for 25 minutes on the ice rink to their customers – an activity organised by the Eivissa and Formentera Small and Medium-sized Enterprise Federation (PIMEEF) in collaboration with the Eivissa Town Council and the Island Council (Consell Insular). 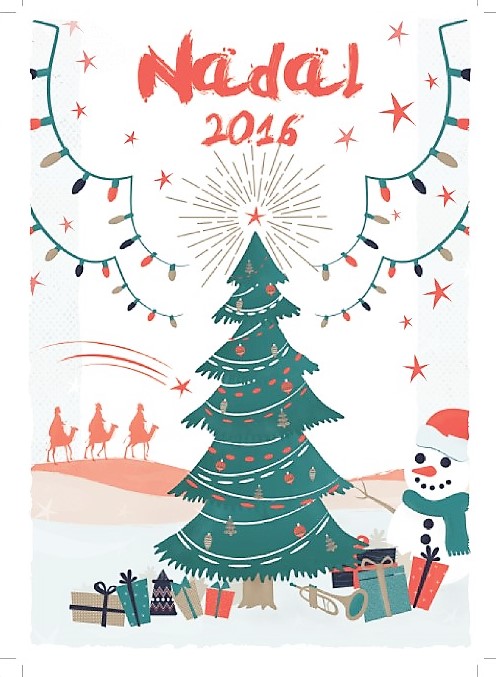