New video to raise awareness about the environmental value of Posidonia 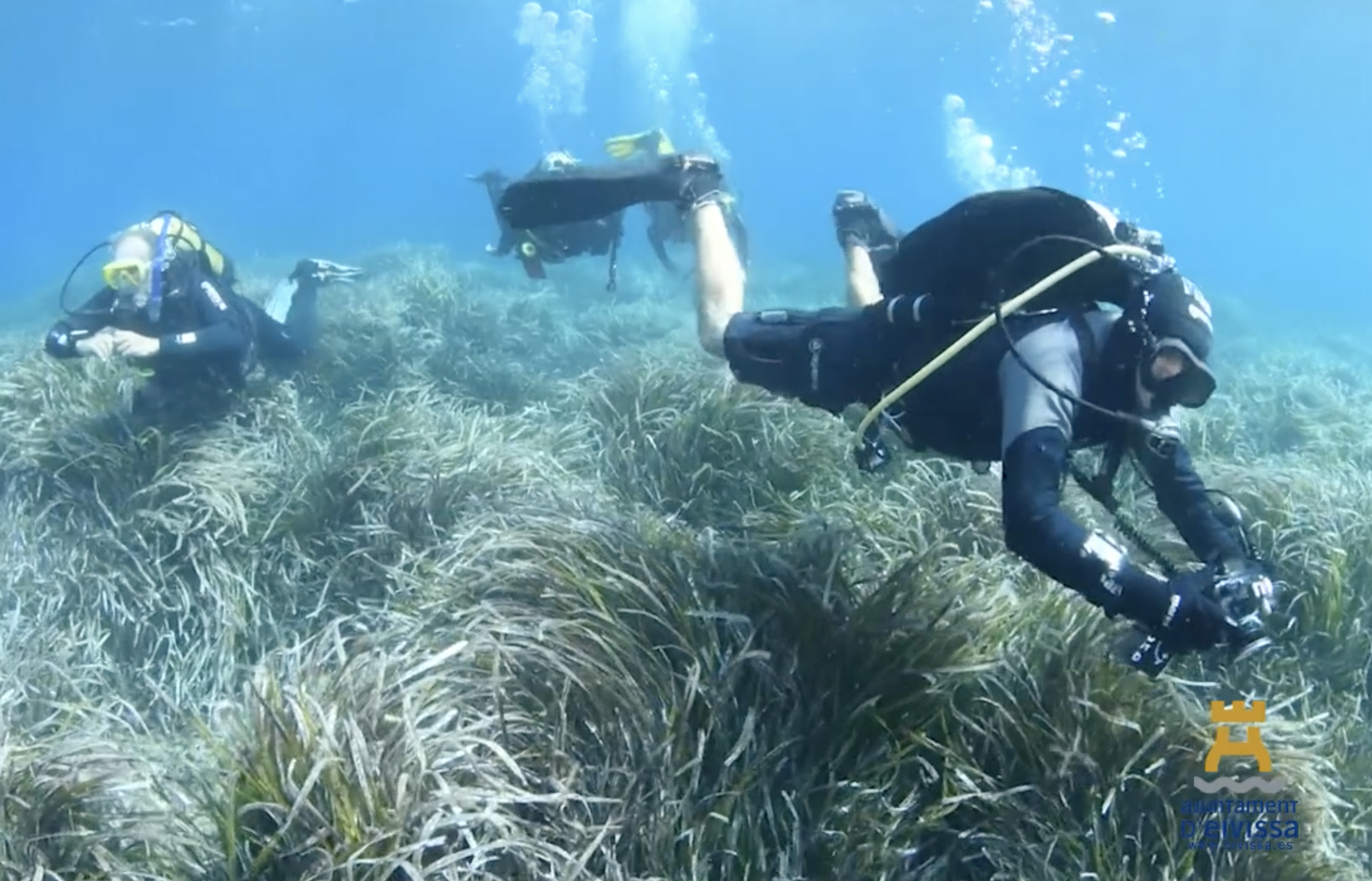 The Eivissa Town Council, through the Tourism and Environment Councils, has released a video to raise awareness about the extraordinary environmental value of Posidonia and the need to protect the great marine treasure of the Balearic Islands. According to the councilor Montse García, “the objective of the Viu la Posidonia program is to spread the importance of the ancient plant, which is a World Heritage Site”.

For this reason, the Eivissa Town Council has asked the island’s professional divers, who know the meadows well, to join in this dissemination campaign and transmit their knowledge and also their great respect for the seabed. “Your collaboration in the dissemination of spectacular images of posidonia is very important to us, which helps to make it better known. Our goal is for more and more people to become protectors of posidonia”, added the councilor.

The video was recorded on September 5, 2020, after the first dive of the ‘Viu la Posidonia’ program to capture photographs of the meadows. In this video, the biologist Marisol Torres, who gave a previous explanation to the participants in the dive about the environmental value of the meadows and their life cycle, explains that “Posidonia protects the bottom of the sea, the coast and our beaches. The Posidonia remains that we see on the beaches are not garbage, but rather a mantle that protects and regenerates the sand”.

Different people related to the underwater world participate in the video, such as Paolo Peixoto, from the Scuba Ibiza company, who explains that “in September and October there is a spectacular growth of life under the sea”. The photographer and biologist, Xavier Mas, adds that “the area in which we have been diving is protected and this allows us to see species that are very difficult to find in other places. Posidonia is very important due to the large number of organisms that live associated with the meadow”.

All these witnesses have the objective of transmitting their appreciation and respect for a unique ecosystem in the world. During the dive, to which they were equipped with professional underwater cameras, they were able to see species such as barracudas, groupers, lobsters, schools of fish that breed in Posidonia and, this year, even seahorses.
The objective of the immersion was to give visibility to the Posidonia meadow with the dissemination of images on social networks. Photographs that will also be part of the second exhibition of the ‘Viu la Posidonia’ program.

The ‘Viu la Posidonia’ program continues until December 6 with educational and environmental activities and online seminars.  Within this framework, several webinars have been held. In the first one, under the title “The emotion of the birth of the turtles in Eivissa”, Agnès Vidal explained her experience, environmental educator of GEN-GOB and coordinator of the team of 131 volunteers who participated in the 24-hour operation to guard turtle eggs, from July 24 to September 13, 2020. Together with her, Xavier Mas (biologist and underwater photographer) and Ana Villanueva (coordinator of Plastic Free Ibiza), two of the team’s volunteers, also shared about all the difficulties and emotions that they experienced during the custody of the eggs.

Together with them was Jordi Salewsky, Councilor for the Environment of the Ibiza Town Council, from where the virtual marine agora ‘Viu la Posidonia’ is coordinated. In the second webinar, under the title “El Tesoro de Poseidón (un tesoro bajo el agua)” (The Treasure of Poseidon (a treasure underwater)), Juanjo Torres, environmental educator at Amics de la Terra Eivissa, explained in a very visual way, the great benefits of Posidonia and importance of caring for and protecting it to ensure a sea full of life and future.
The webinars are accessible through the campus of the digital platform www.districte07800.cat.