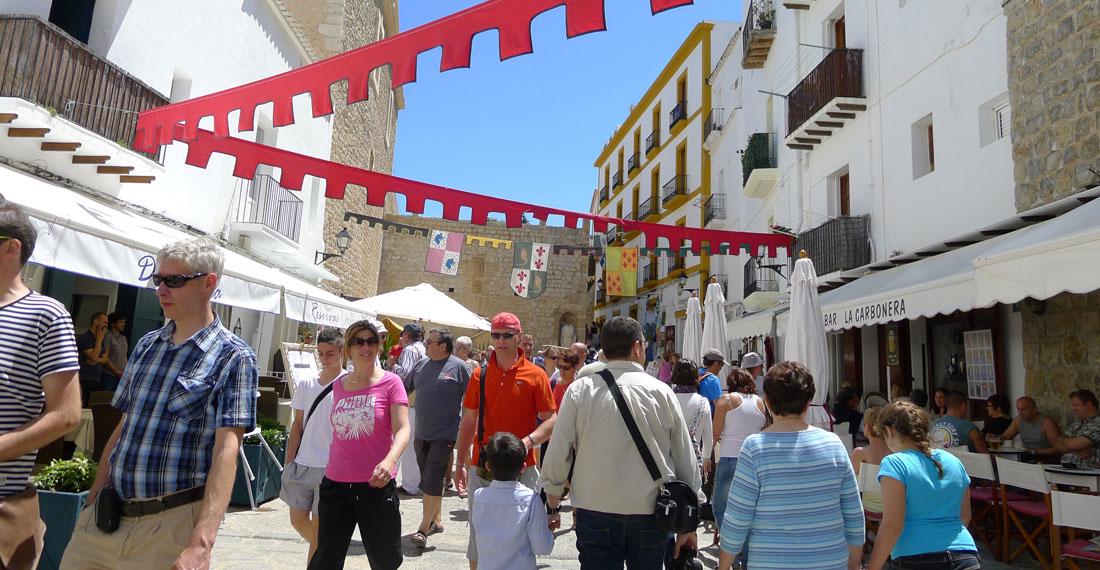 Yearly calendar of events and activities in Ibiza in 2017: Year-round proposals for all audiences, tastes and ages.

Download the Year schedule of events and activities in Ibiza 1-Family-oriented beaches: Talamanca and Figueretes
Activities are available every weekend during the months of October, November, December, March, April and May, including children’s activities, kayaking, yoga… 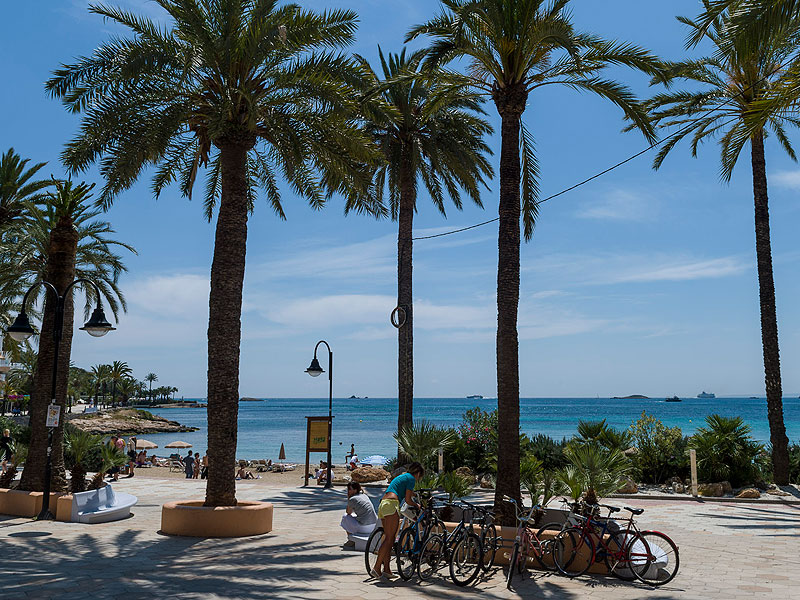 2-Dramatised visits to Dalt Vila
Every Saturday in the La Curia Tourist Information Office (Dalt Vila).
An audio-guide for Dalt Vila is also available for hire. 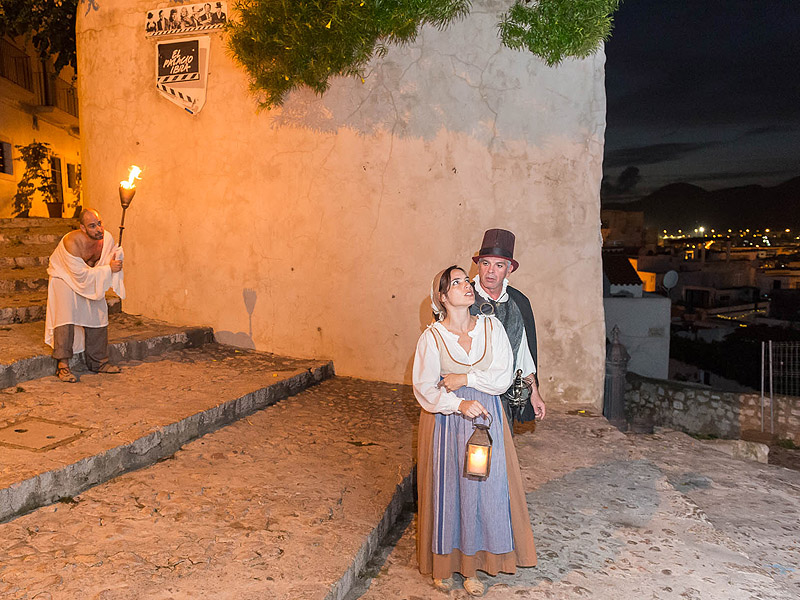 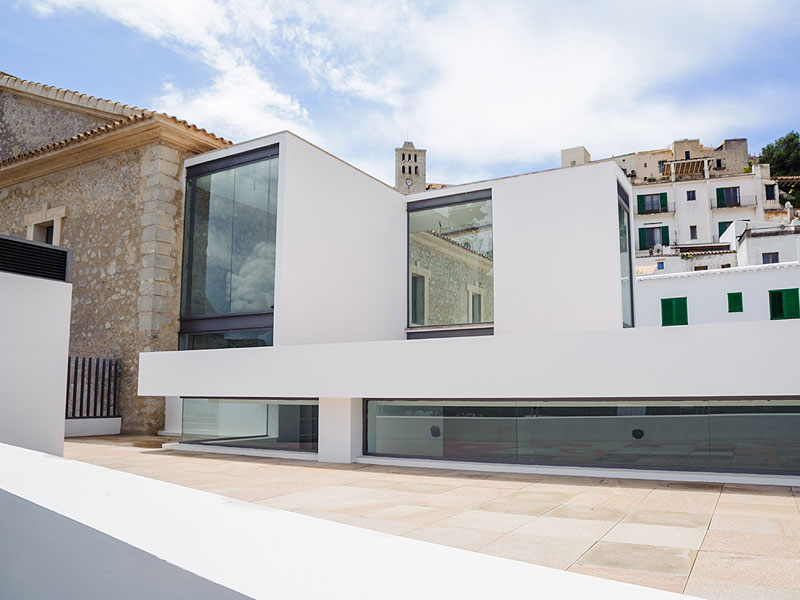 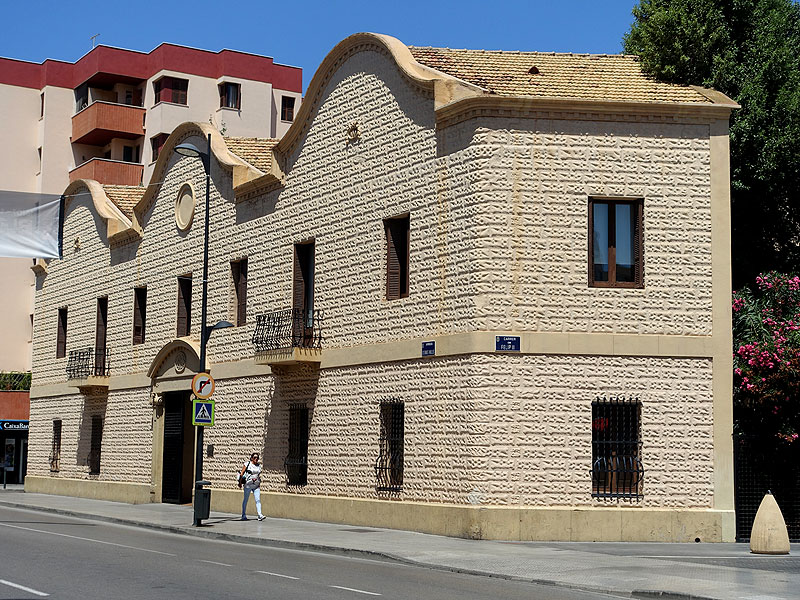 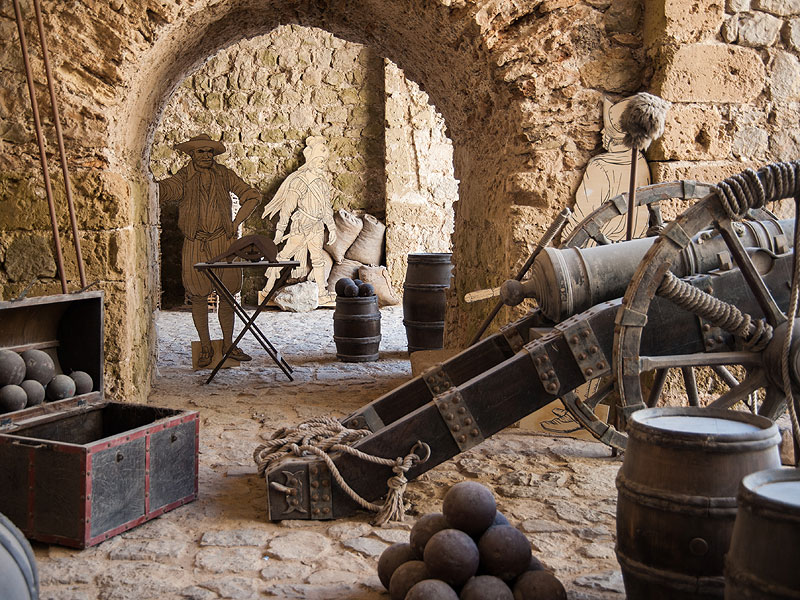 6-Sporting events to be held before the end of 2016:
-If running is your thing – a one-hour runner’s meeting.
When: Monday and Wednesday. Meeting point, in front of the Casino de Ibiza (Paseo Juan Carlos I) at 8.30 pm.
– Track de Ibiza: If you would like to tour Ibiza on mountain bike (MTB), visit: www.tracksdeibiza.com
-When: 6th of November, 2016.
-Inaugural activities for the 17th anniversary of the declaration of Ibiza’s cultural heritage sites: 4th of December 2016.
-6th Eivissa Cultural Heritage 10 K Fun Runin Dalt Vila – www.elitechip.net 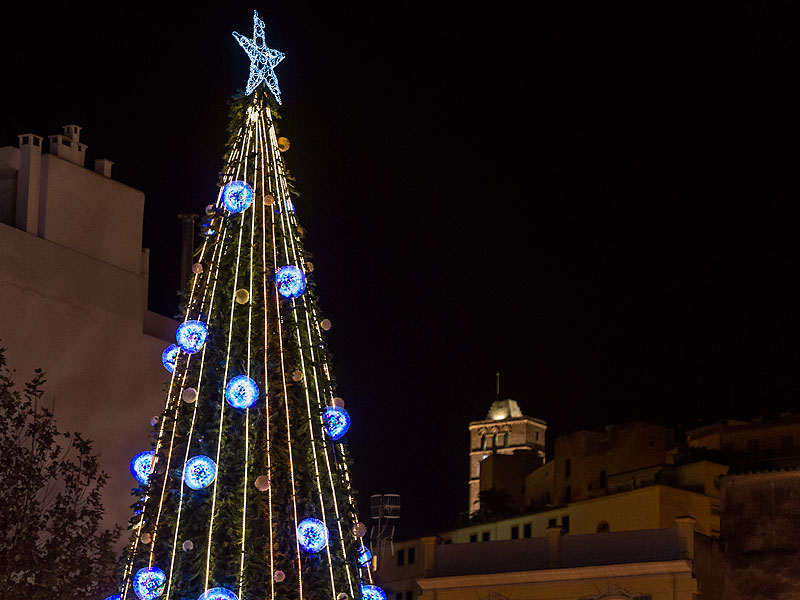 8-Carnival 2017:
Next year’s carnival week will take place from the 23rd of February to the 1st of March. 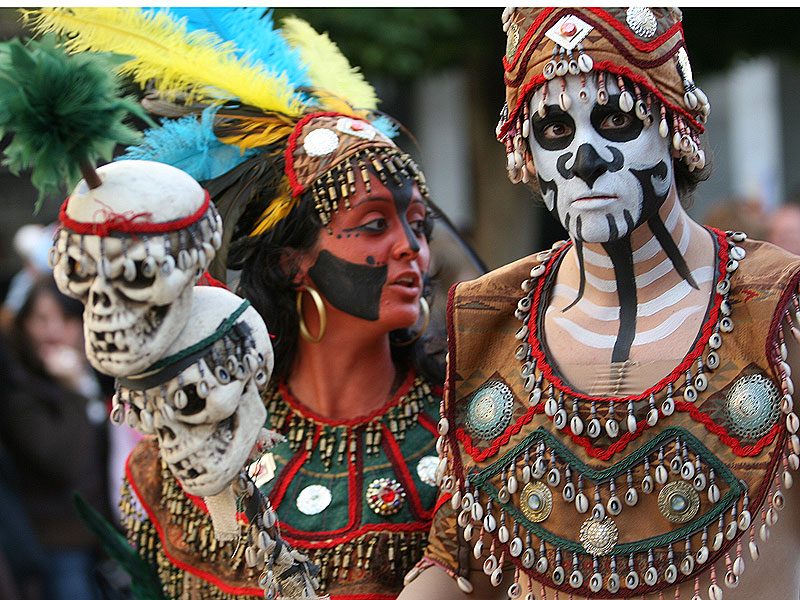 11-Easter Week Festivities
The Easter Week processions in the World Heritage old town (Dalt Vila) and the streets around the marina are truly spectacular. Easter Week takes place next year from the 13th to the 16th of April.

13-Ibiza Half Marathon
Another permanent fixture on the Ibiza sporting calendar, next year’s race will take place on the 30th of April.  More info: www.mediomaratonibiza.com 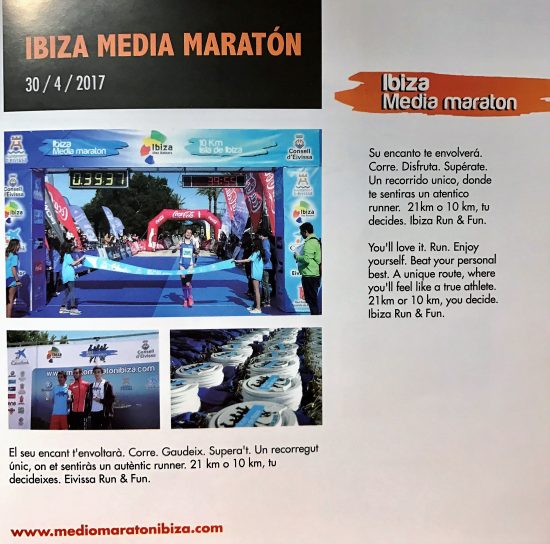 14-Medieval Ibiza
Ibiza’s declaration as a World Heritage Site is celebrated every year by thousands of people. Next year’s festivities will take place in Dalt Vila from the 11th to the 14th of May. 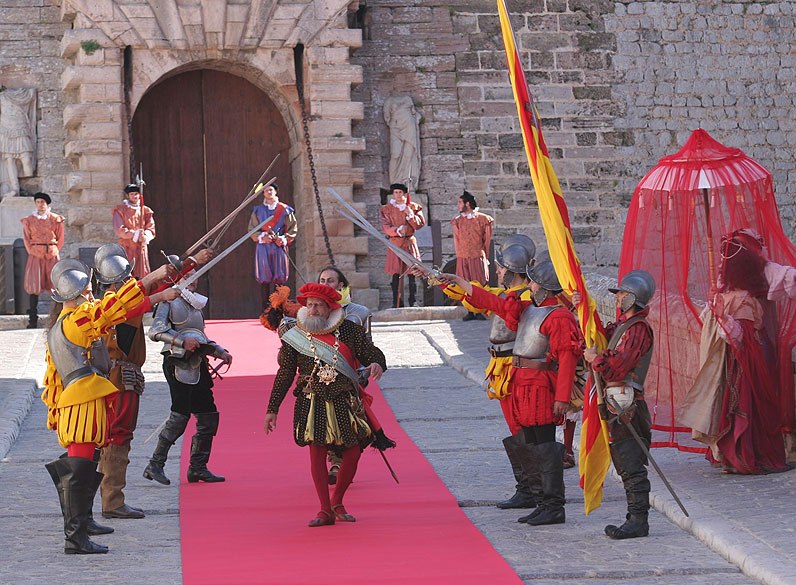 15-Ibiza World Heritage Swimming Crossing
The open water swimming race will be held on the 7th of May, 2017.

16-International Music Summit
The annual event that brings together representatives of electronic music from around the world will take place in May, 2017 (24th to 26 th of May).
IMS Summit Concert in Dalt Vila: 26th May.
More info: www.internationalmusicsummit.com

17-An evening on the bastion
Concerts, folk dancing and cinema in Dalt Vila, from June to September. 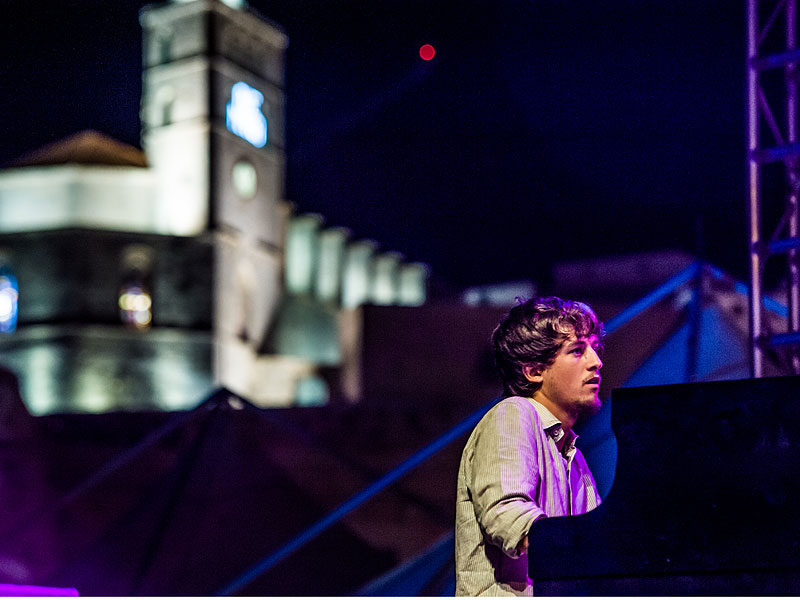 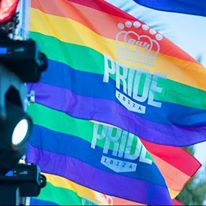 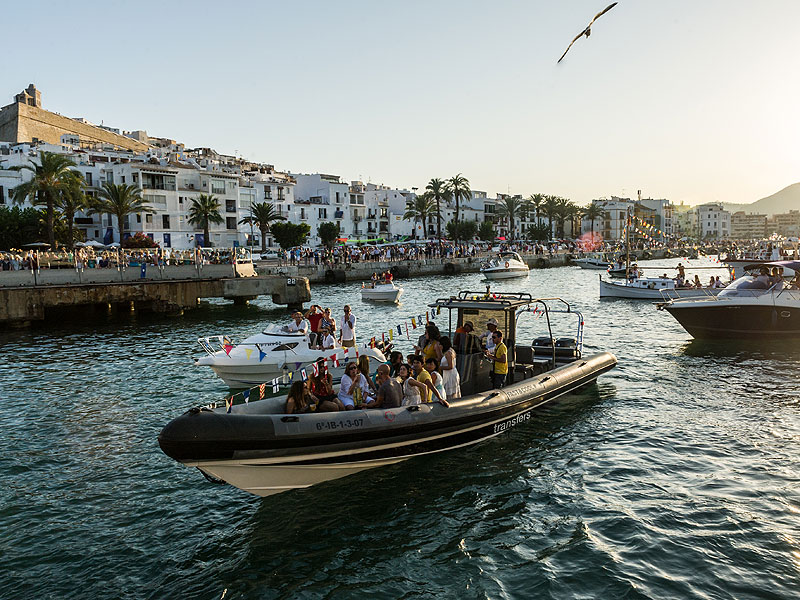 20-Fiestas de la Terra
The island’s principal local festival will take place from the 28th of July to the 8th of August, 2017, and will feature institutional events, an extensive concert programme, children’s activities and fireworks. 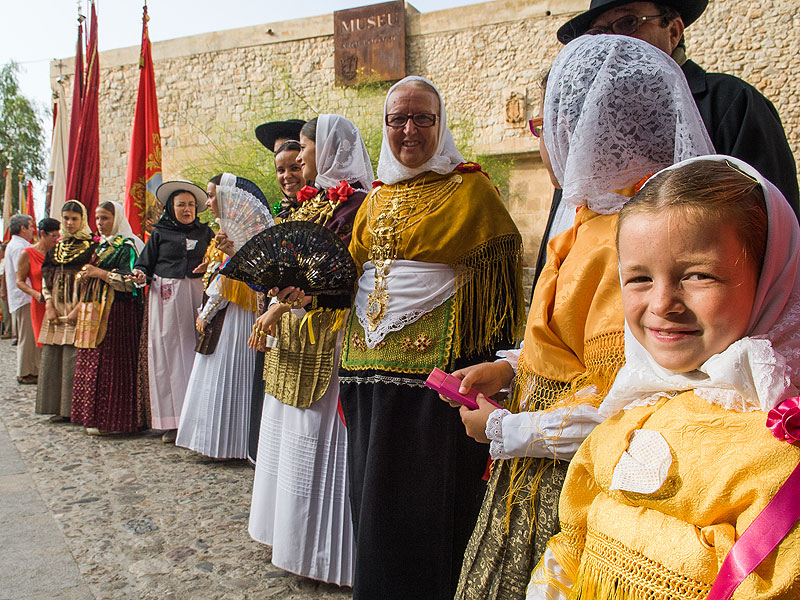 21-Visits to the extensions of Posidonia Oceanica
Free excursions designed to raise awareness about one of Ibiza’s cultural heritage sites, the extensions of posidonia oceanica, one of the oldest living organisms and home to a widely diverse plant and animal ecosystem.

Visits are offered from July to September every Saturday morning at 10 am on Figueretes Beach, beginning with a workshop in which participants receive information relating the value of posidonia, its importance regarding the preservation of the environment and how it has been used on the island throughout the ages. Following this there is an excursion in kayak, which is topped off with snorkelling and opportunities for underwater photography.

The local council offers 20 places for each excursion. The activity is free and prior inscription is required, either via telephone (971 399 232) or via email (nformacioturistica@eivissa.es)

22-Eivissa Jazz
The 29th edition of the Eivissa Jazz festival will take place during the first fortnight in September. More info: www.eivissajazz.com 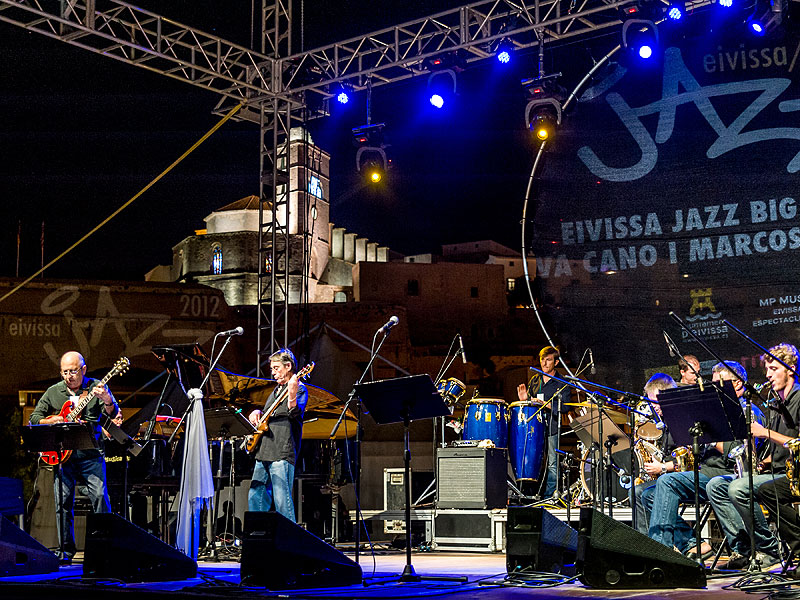 23-Tourist Day
A programme of activities and events designed to pay tribute to the tourists who visit the island:21st of September, 2017.

24-22nd Crafts Fair
Thirty or so artisans display their work as part of a traditional crafts fair that takes place at the end of September in order to coincide with the arrival of autumn. Around two dozen stalls offer handcrafted leather, ceramics, glassware, jewellery, wood carvings, etc. Traditional Ibizan pieces are also available through the folklore group La Colla de Sa Bodega.

25-25th Cycle Tour of Ibiza
The cycle race will take place on the7th and 8th of October, 2017. More info: www.ibizabtt.com 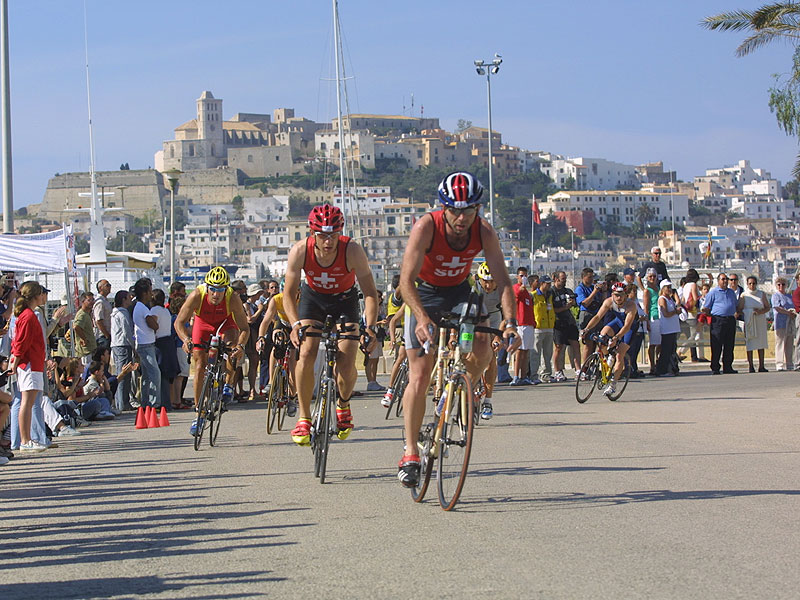 26-27th Ibiza Folk Festival
The festival featuring traditional music and dances from Ibiza and the rest of Spain will take place on the7th and 8th of October, 2017.

27-Chess tournament
The Ibiza Open International Chess Tournamentwill be held in October. The tournament attracts a large number of fans and is held in the Marina district.

28-Festival Ibiza Lights
This year will see the return of a festival that.garnered great success in its first edition by transforming the most emblematic elements of Ibiza port via a combination of light-shows, video and performing arts. The festival is held in October.

30-Ibiza Triathlon
The Spanish Full-distance Championship Race and the final of the Spanish Middle-distance Cup will be held on Ses Figueretes beach on the 22nd of October, 2017. 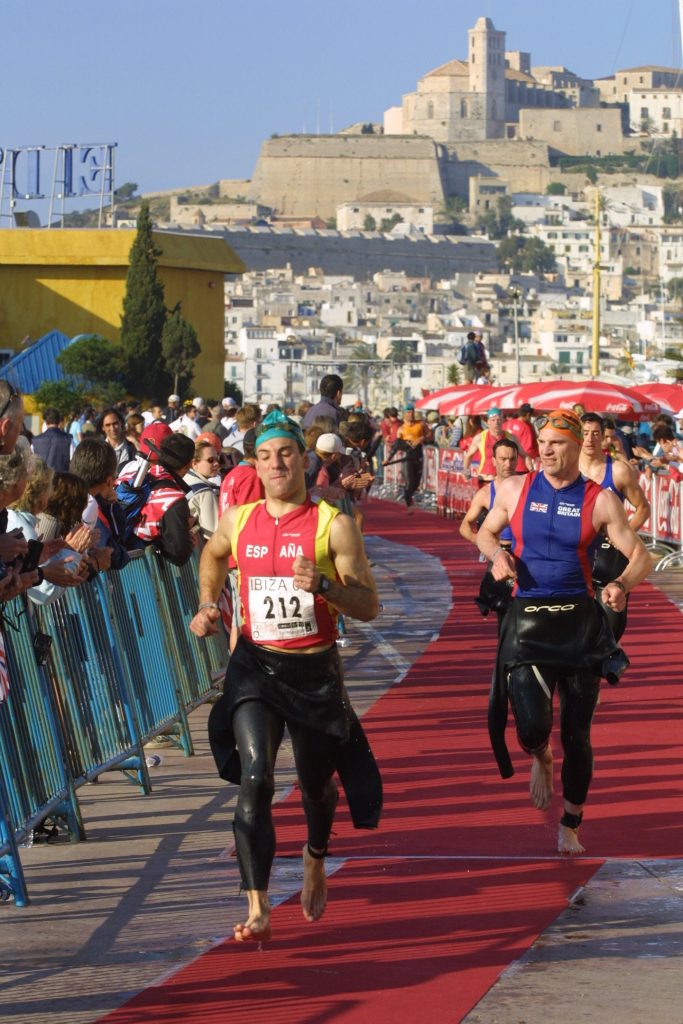