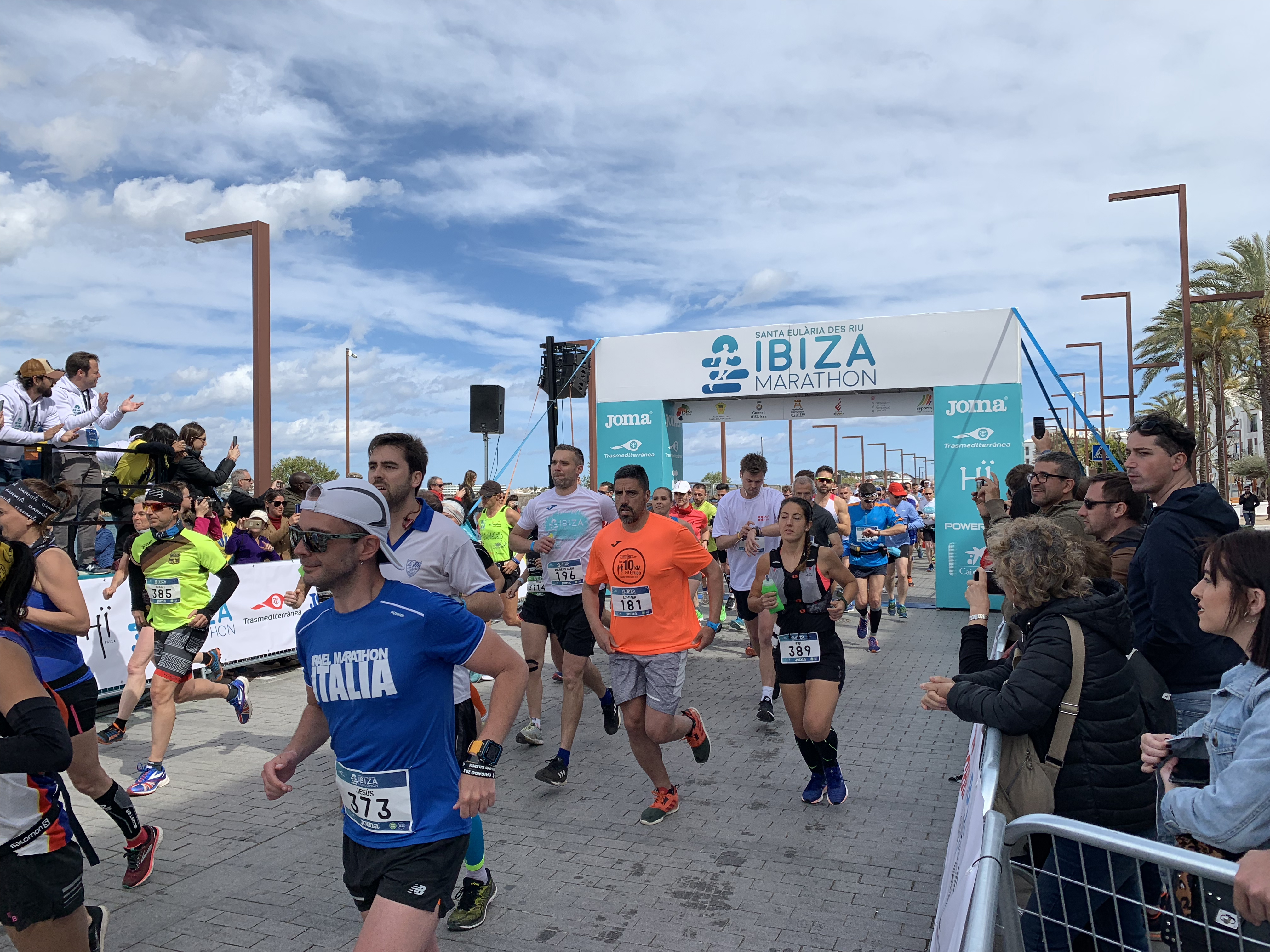 This last weekend one of the most important sporting events of the year was held on the island: the Ibiza Marathon, which involved 2.400 runners. The multitudinous start took place in the port of Ibiza, next to the monument of the corsairs, and the race concluded in Santa Eulària des Riu.

This competition, which brings together athletes from multiple countries, is another example of Eivissa city’s great interest as a sports destination. In addition to the Ibiza Marathon, in this 2019 many other sports events are going to be held. These are some of the most important:

· Ibiza Half Marathon: The 2019 edition of the Ibiza Half Marathon takes place on April 27th. After 21 kilometers of race, the athletes enjoy a spectacular arrival at the Ibiza port. There is also a 10 km version. More information: www.mediomaratonibiza.com / social@ibizamediamaraton.com

· Masters of Open Water Swimming – World Heritage: May 12th. Every year, in spring, the Bay of Talamanca hosts this swimming competition, which is held in open waters. More information: www.ibizamasters.com

· Ibiza cycling tour: From October 11th to 13th. The Ibiza Cycling Tour gathers around five hundred tour cyclists from all over Spain, including some cycling legends. This tour around the island, which hosts its XVII edition, lasts three days and combines routes through all the municipalities, including the capital. www.ibizabtt.com / info@ibizasport.com

· 3 Days Trail Ibiza: From November 29th to December 1st. 6th edition of the 3 days Trail Ibiza – Ultra Ibiza. All the information can be found here: http://trailibiza.com/es-es/