Ibiza celebrates the third edition of the Heritage Night

The mayor of Eivissa and president of the Group of World Heritage Cities of Spain, Rafa Ruiz, accompanied by the Councilor for Culture, Pep Tur, and the choreographer, Paula Quintana, have presented the third edition of the Heritage Night, which will take place next Saturday, September 12, in the 15 World Heritage cities of Spain simultaneously.

• Heritage Scene: At 22h, in the bastion of Santa Llúcia, ‘La Carne’, with the interpretation of Paula Quintana, will be offered, a performance that combines dance, text, light and electronic music. Tickets can be booked on the website of the Ibiza Town Hall, www.eivissa.es, starting on Thursday, September 10.

• Open Heritage: Different heritage spaces will be open from 20.00 to 24.00. These places are the Museum of Contemporary Art, where there will be guided tours; the Madina Yabisa Interpretation Center, the Arxiu Històric d’Eivissa and Formentera, where guided tours will also be organized at 20, 21 and 22, and which will feature a documentation exhibition that will include a collection of the archive referring to other pandemics in history on the island, like the plague of 1652 or the Spanish flu of 1918; the cloister, where several short films related to dance and the African continent will be screened under the title ‘Ella, poema’; and the refectory of the Ibiza City Council, the Cathedral and the Convent Church, in collaboration with the Bishopric of Ibiza. Guided tours will have to be done with groups of maximum 10 people. The inscriptions must be done at the Curia Tourist Office.

• Live Heritage: three guided tours of Dalt Vila are planned. They will be at 19, 20 and 21 hours and the outputs will be at the Portal de ses Taules, from where a tour through the streets of Dalt Vila Will be held. Each group will be able to be people again and the inscriptions, free, can also be done at the Curia Tourist Office. 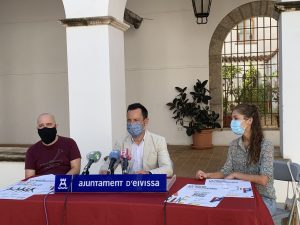 In addition, the performance of the Heritage Scene of the Santa Llúcia bastion can be followed via streaming, at 22h, through the Group of Cities page dedicated to the Heritage Night.

This year, how can it be otherwise, all cities will follow the health protocols set by the health authorities. The fifteen cities where the Heritage Night will be held are: Alcalá de Henares, Ávila, Baeza, Cáceres, Córdoba, Cuenca, Mérida, Salamanca, San Cristóbal de La Laguna, Santiago de Compostela, Segovia, Tarragona, Toledo and Úbeda, in addition to Ibiza. 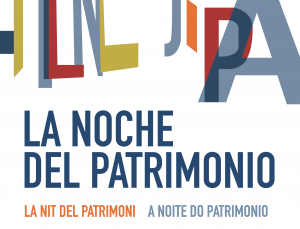