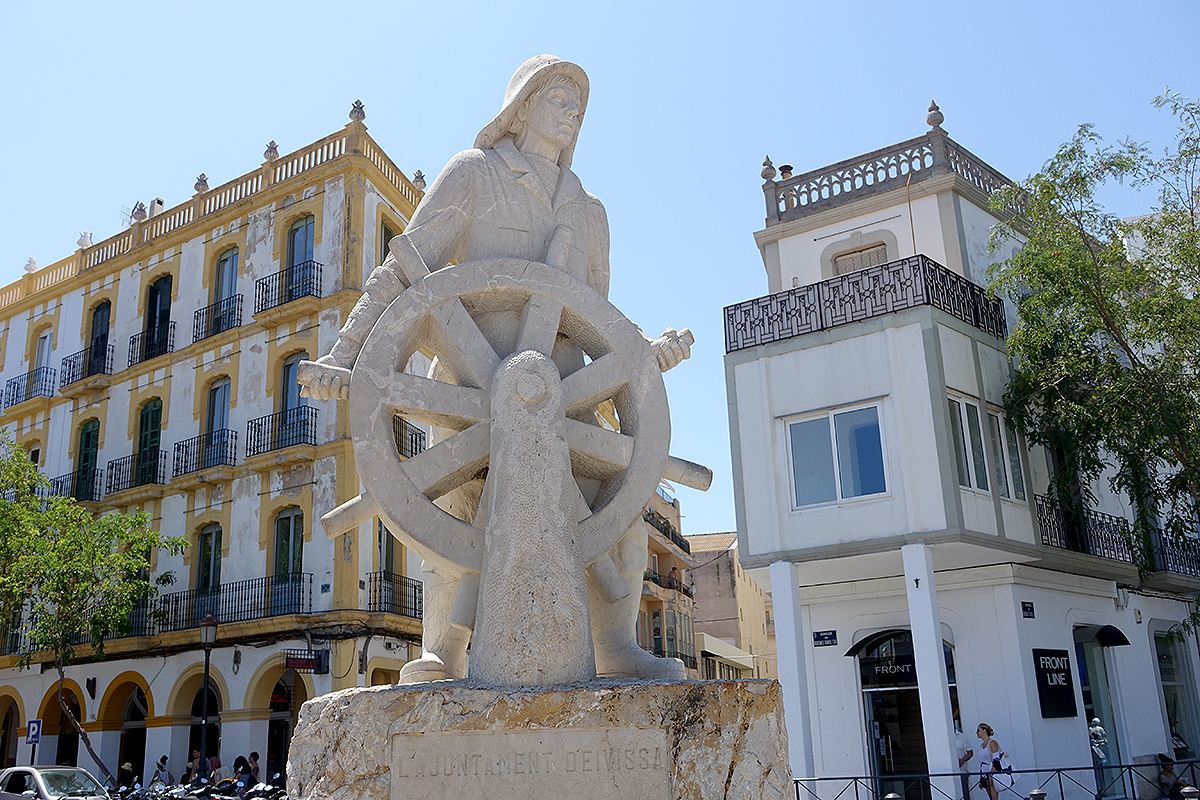 The history of Ibiza city cannot be written without mention of the fishermen who have been part of the social structure since its foundation by the Phoenicians. The main historical neighborhoods outside the walls, the Marina and Sa Penya, were mainly motivated by fishermen, sailors and shipyard workers, and in the past it was common to see these old sea wolves repairing their nets on the harbor quayside and even in the Passeig de Vara de Rey, in the shade of the palm trees, when it was still called Passeig de s’Alamera.

Thanks to the work of archaeologists, today we know that fishing organized in Phoenician times was already a fundamental activity, which multiplied with the Romans. They even established preserved food industries and garum sauce -very popular in Rome, made with meat and fermented fish guts- for trade outside the island.

In the Middle Ages, a specific ruling was created to regulate the trade of seafood products in the city, which was introduced by the government of the University. The market of supplies was intramural and was structured by trade: bakers, butchers and, of course, fishermen. The latter had the obligation to sell their catches themselves, or their relatives, although usually their wives. In this way, price increases where avoided by not using intermediaries, a very particular characteristic of Ibiza. The capitals fishermen also could not offer their catches in the villages until the urban demand was met.

Another characteristic feature of the business of selling fish in the city is that never, throughout its history, have antecedents of auctions been registered. In fact, there is no fish market in Ibiza, just the fishermens’ association where all catches are registered and weighed. The fishermen determine a fair price so there is no fluctuation, which allows for greater care of the fishing grounds. Only the quantities required by domestic demand and the varieties that correspond to the different seasons are fished. 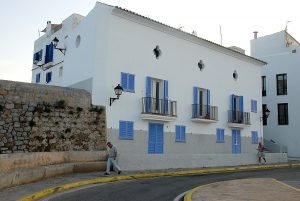 Fishing, anyway, has always been an artisan activity. There was no professional association of the sea until 1922, when the fishing cooperative was established. The first headquarters were located in a building that still exists at the end of the port and at the foot of the neighbourhood of Sa Penya. Today, the headquarters of the Fishermens’ Association of Ibiza is located at the fishing dock, where the local fleet remains moored, following on from the maritime station of the Formentera boats and the Yacht Club of Ibiza.

On the island there are currently two Associations: the one of the city and the one of Sant Antoni, with a total of 80 associated partners and a fleet of 6 trawlers and 55 smaller crafts (llaüts).

Their catches are distributed in restaurants, markets and other commercial areas. The largest and most valuable fish, such as grouper, scorpion fish, John Dory fish or bream, as well as lobster, among other species, are marketed with a visible yellow label under the Peix Nostrum brand. This is the guarantee that each fish has been fished in Ibiza, following traditional and sustainable methods.

Ten essential dishes of the gastronomy of Ibiza
Siguiente entrada