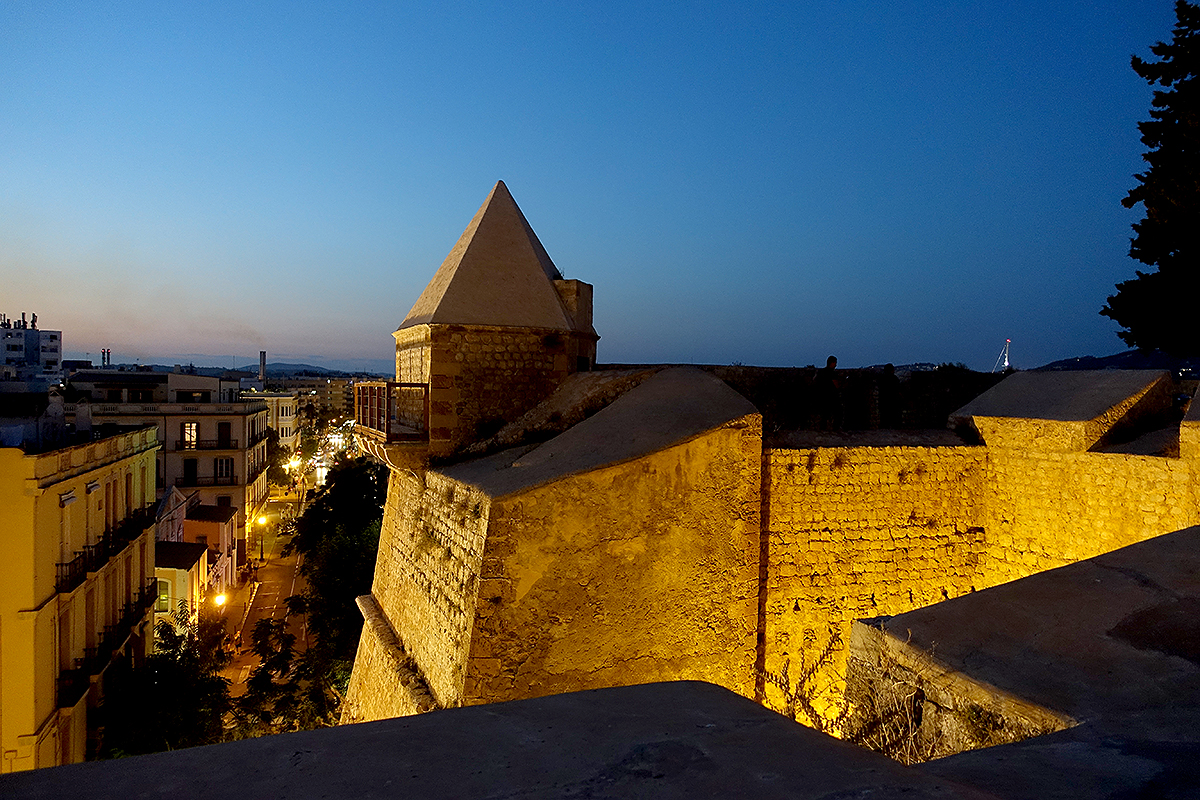 Ibiza is a city tailored to he people. The distances are short and allow exploring on foot, enjoying the most of the city’s two great virtues: the historical-artistic heritage and the constant presence of the sea. There are many routes throughout the city, but we propose four that we consider essential:

1º) Bird’s eye view over the city from bastion to bastion: The Renaissance walls of Ibiza constitute the main monument of the island. They were declared a World Heritage Site in 1999 for their monumental importance and perfect state of preservation. The most spectacular way to experience them is to walk along the battlements linking the seven bastions: Santa Llúcia, Sant Joan, Sant Pere, Sant Jaume, Sant Jordi, Sant Bernat and Santa Tecla. In addition to knowing the main accesses of the monument – Portal de Ses Taules, Portal Nou and the tunnel of es Soto Fosc – you can enjoy spectacular views of the town, the port, the east coast of the island and even the neighboring island of Formentera. 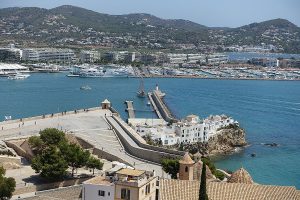 2º) The quayside and the wall: The streets of the port of Ibiza are always crowded in summer. The port, on the Avinguda de las Andanes, is ideal for walking, and on the one side, admiring the boats that are moored on the quayside and, on the other, the historic city that sits on the Puig de Vila. The renovated Plaça des Martell, with its monument to the corsairs, now allows you to ascend to the top of the maritime station and enjoy a great view of the bay. It is worth it to continue to the end of the port, and also climb the port wall to enjoy the view of the sharp vertex of the bastion of Santa Llúcia, which looks like the hull of the stone ship that make up the walls.

3º) The Promenade and Es Botafoc: The best panoramic view of the city and the port is enjoyed from the other side of the bay, from the promenade that surrounds it, starting from the statue that pays tribute to the people of the sea, at the beggining of the Avinguda de las Andanes. From there you have to continue along the quayside, on the Avinguda de Santa Eulària. After the maritime station of the boats to Formentera, the facilities of the Nautical Club of Ibiza, the fishing quay, the Fishermen’s Association and, then, with the old port to the front, the yachting marina of the city. The tour concludes at the Botafoc lighthouse, next to the new dike, which is the largest on the island and where the lighthouse keepers still live and are responsible for the maintenance of the lighthouses of the Pitiüses. 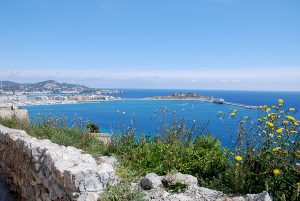 4º) Vara de Rey and Plaça del Parc: The Paseo de Vara de Rey and Plaça del Parc, completely pedestrianized and remodeled in 2017, today constitute the epicenter of the contemporary city. It is composed of two parallel boulevards, at the foot of the walls, with multiple shops, restaurants, bars and terraces, where you can relax and enjoy the scenery. Both spaces are a great starting point to get to know Ibiza capital and represent the best example of the transformation that the city has experienced in recent decades. 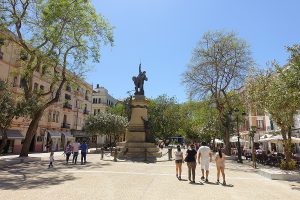