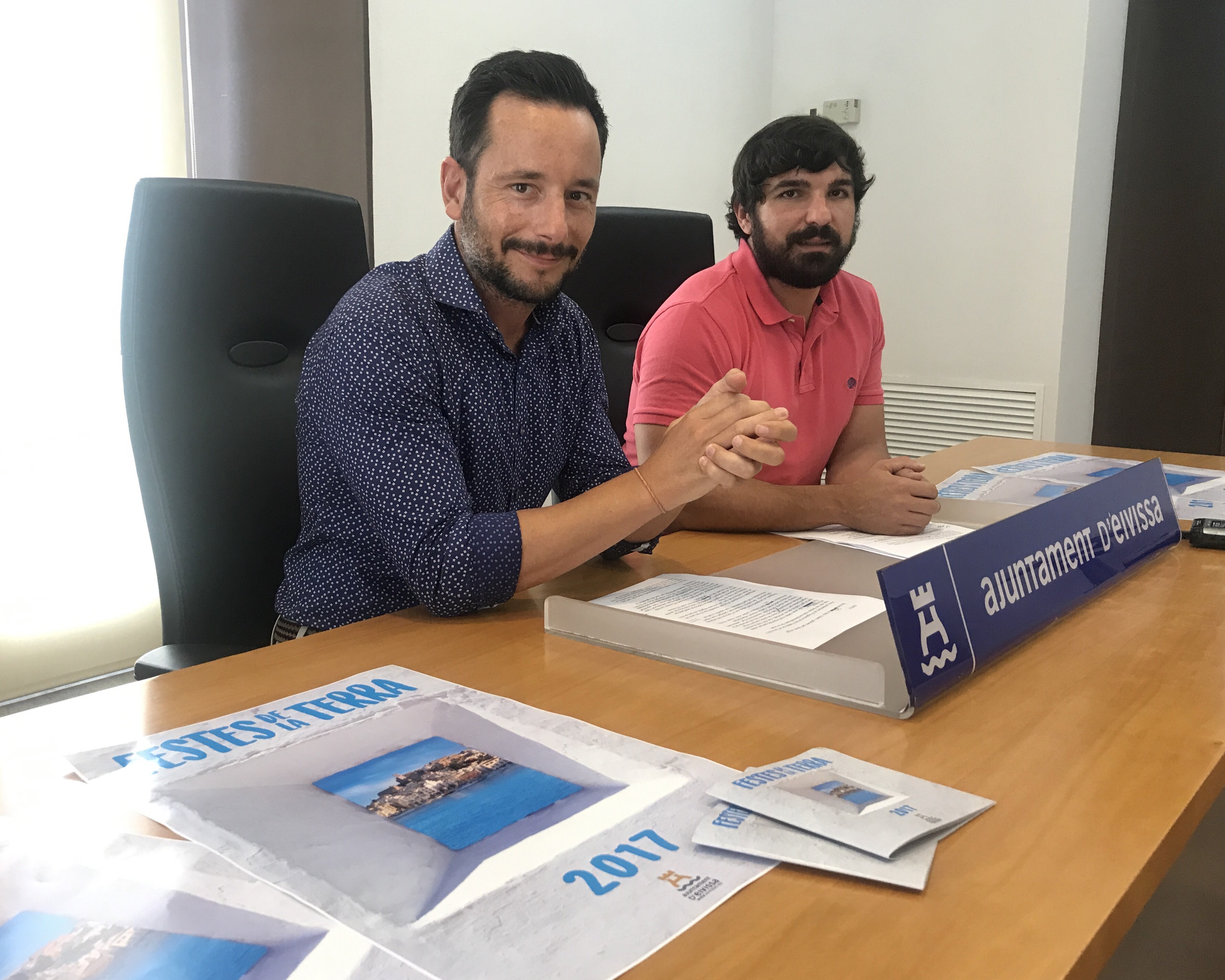 Festes de la Terra 2017 has a wide range of cultural, sports and traditional activities in its programme for the general public.
–Fekat Circus: Monday 31 July, at 8:30pm. The new square Es Martell, in the port of Eivissa, hosts a rather different and surprising show, performed by young Ethiopians from a circus school. An acrobatics show taking us to the African continent.
-Children’s activities: From the 2 to 4 August between 7 and 9pm in Antoni Albert i Nieto square, children’s activities with take place with creative expression workshops, games and bouncy castles. In addition to those activities, the day will be topped off with a particularly special one:
– A magic show by the magician Dantés JR. Wednesday 2 August, at 8:30pm, in Antoni Albert i Nieto square.
– Films for Children. Thursday 3 August, at 9pm in Antoni Albert i Nieto square.
– Great colour party. Friday 4 August, at 9pm in Antoni Albert i Nieto square.
-Sailing Trophy:
From 2 to 4 August: Regattas from 3pm on at Talamanca beach.
-Flamenco night: Wednesday 2 August, at 10pm, in Reina Sofía park, with “Cuadro Flamenco”, a flamenco troupe.
-Rels B Concert: On 3 August, in Reina Sofía park, starting at 10pm. Hop-hop from a young singer that, with just 20 videos on the net, has already got a million views. There will also be local Ibiza act Slim Samurai along with other artists, as opening acts for Rels B. This event, organised by Eivissa Town Hall, is in partnership with Consell Insular de Eivissa.
-Festes de la Terra Volleyball Tournament: From 4-6 August, starting at 10am at Sa Punta beach ) Platja d’en Bossa).
-Eivissa patron saint festivities: On 5 August, at 9pm, at the bulwark of Sant Pere, the official medal ceremony for the Gold Medals of the City will take place. This is one of the most important ceremonies, where Eivissa Town Hall recognises individuals and collectives from the municipality. This year medals are being awarded to businessman Ricard Urgell and violinist Lina Tur.
After the ceremony, one of the best parts of Festes de la Terra: Concert by Chenoa. The singer presents her new album SOY HUMANA (I’m Human) which combines folk, rock and urban sounds. The show starts at 10:30pm in Reina Sofía park.
-Concert by Lemon Emigrantes: On Monday 7 August Associació Vuit d’Agost Night will be celebrated with a show by the group Lemon Emigrantes, an Ibizan funky-groove band. Versots will read the manifesto of the Associació Vuit d’Agost and the Smoking Souls and the Correfoc will also perform in Reina Sofía park.
-Saint Ciriaco Celebration: On Tuesday 8 August, starting at 6:30pm, a traditional afternoon snack will take place at Puig des Molins where many activities have been organised such as workshops for traditional Ibizan games, a lantern competition and a giant paella starting at 8pm.
-Exhibition of the work of Ibizan painter Vicente Ferrer Guasch
“Els blancs” and “Sa Penya”, two simultaneous exhibitions which render homage to the painter Vicent Ferrer Guasch
The two exhibitions will be on display starting on Thursday 3 August in the hall of the Antiguo Refectorio at Eivissa Town Hall and in Es Polvorí hall in Dalt Vila.
The exhibitions “Els blancs” and “Sa Penya” deal with two themes featured in the work of Ferrer Guasch. At one location “the whites”, in the 18-piece exhibition in the hall of the Antiguo Refectorio at Eivissa Town Hall, and at the other, the quarter of Sa Penya, on exhibition in the hall Es Polvorí, where 30 paintings are up on display.
In the hall of the Antiguo Refectorio at Eivissa Town Hall, work done over a 30-year period of the painter’s life is being shown. In fact, paintings from the 1970s until 2000 can be seen and are the culmination of work in search of simplicity and the painter’s ability to synthesise.
At the Es Polvorí exhibition, “Sa Penya”, work devoted to the quarter has been put up. Thirty pieces of artwork with filled with colour, details and human figures. This exhibition includes a previously unseen piece from 1964, property of Palma City Hall, which received an award from the Círculo de Bellas Artes. The award marked the start of painter Vicent Ferrer Guasch’s career.
-XXVIII annual Travesía Popular de Natación (Popular Open Water Swim)
On Sunday, 6 August, at 11am, the XXVIII annual Popular Open Water Swim takes places at Ses Figueretes beach.
The sporting challenge, as part of the programme for Festes de la Terra, is organised by Eivissa Town Hall’s Sports Board, the Consell Insular de Eivissa and the Club Natación Eivissa.
The event will include two distances, a 500 metre one and another 1km one.
A number of prizes and freebies have been prepared for all participants. There will also be sports equipment draws for attendees.
Sign up can be done from 9:30 to 10:45am on Sunday, the day of the event in Julià Verdera square (Ses Figueretes beach).