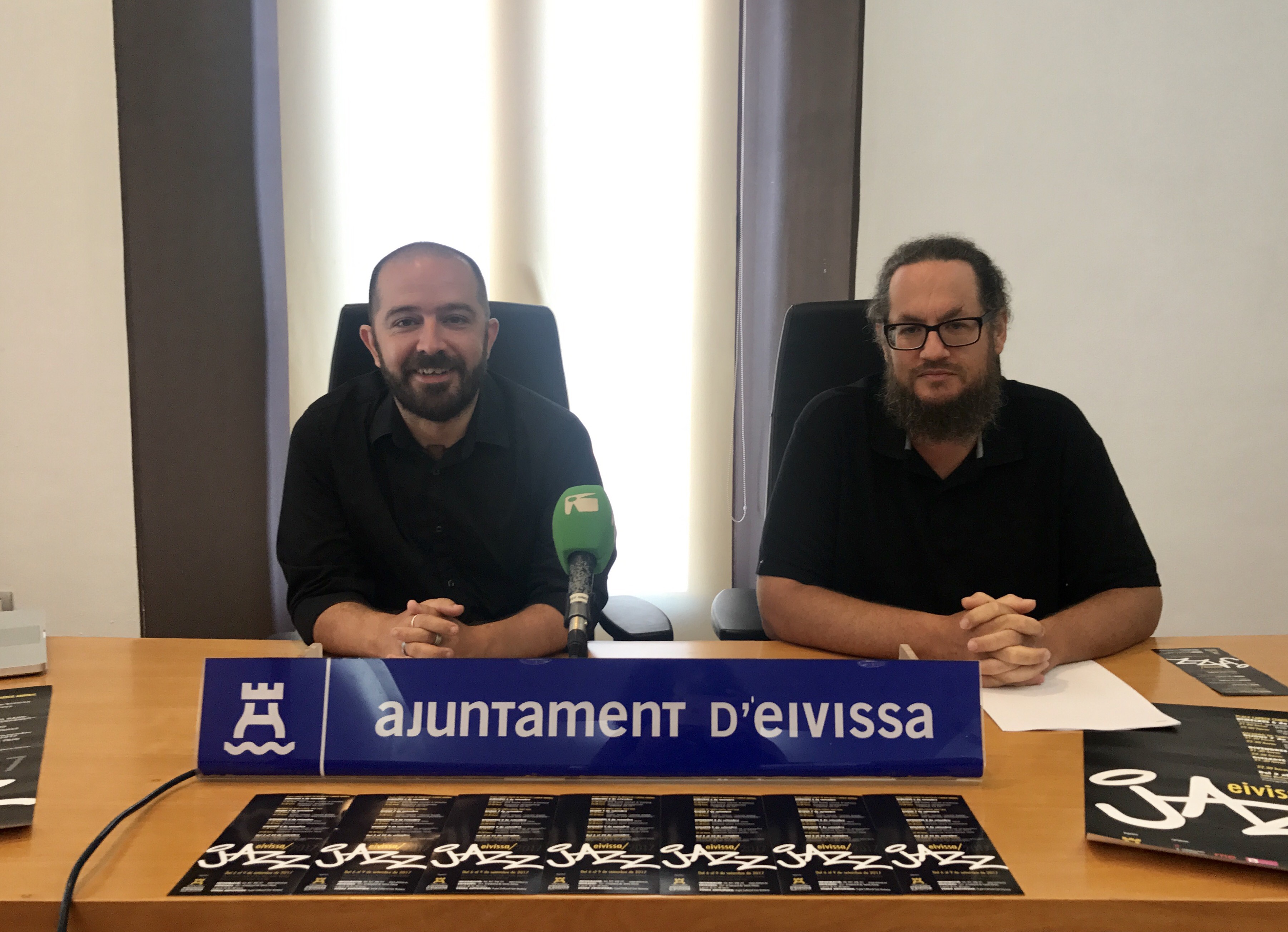 The 29th edition of the Eivissa Jazz Festival for 2017 will take place between the 6th and 9th September with 8 concerts, a photo exhibition and the projection of the documentary film ‘Ibiza Jazz the Experience’.

The Councillor for Culture of Ibiza City Council, Pep Tur, and the director of the documentary Ibiza Jazz The Experience, Marco Torres, presented the 29th edition of the Eivissa Jazz 2017 festival that will be held on the battlements of Santa Llucià in Dalt Vila and the square of Calle Conde Roselló, in the La Marina district.

This year, the festival will include more concerts, with as many as 8 performances in the four days of the festival, a photo exhibition, the showing of the documentary ‘Ibiza Jazz the Experience’ and the presentation, together with a concert, of the video clip “Thrashê” by the Omar Alcaide Quartet, the group that won the I Concurso de Música Vila Joven, organized by the Youth department of Ibiza City Council.
This year’s edition of Ibiza Jazz will kick off on Wednesday 6th September at 21:00 with a concert by the Big Band Ciudad de Ibiza, created by the Patronato Municipal de Música, with a programme based on the golden age of big bands between the 1920s and the 1940s.
Mariola Membrives will take over at 22:15 with her work ‘Omega 20:16’. Membrives will be supported by a band that includes some of the biggest names in the Jazz and Flamenco scenes of this country in honour of the 20th anniversary of the publication of the album ‘Omega’ by Enrique Morente. The group is subsidised by AIE (Artistas, Intérpretes o Ejecutantes. Sociedad de Gestión). Both concerts are free and will take place in the Calle Conde Roselló.

The trio MAP, consisting of the pianist from Menorca Marco Mezquida and the musicians Aurignac and Prats, will perform on Thursday 7th September at 21:30 on the battlements of Santa Llúcia. At 22:30, Valencian guitarrist Ximo Tebar returns to Ibiza with ‘Soleo Band. The New Son Mediterráneo’. Tébar is celebrating his 25 years of musical career with a new record, ‘Soleo’, where he blends Jazz and Flamenco with a Mediterranean touch. The record consolidates Tébar’s position as one of the best guitar virtuosos on the international scene.
Friday 8th September sees the pianist and composer from Navarra Kontxi Lorente present his new record “About Me” in Ibiza with his Trio.
The night will end with the performance of Ibiza Jazz Experience at 22:30, a project set up by Juan Jesús García Merayo who has directed Abe Rábade since 2006. “This is a unique case in the world of Jazz, because it involves getting a different group of musicians together every year; those who have been in Ibiza at some point and who are on the island before the concert, to have just one rehearsal before getting up on stage at the battlements of Santa Lucía”, said the Culture Councillor, Pep Tur.

The closing night of Ibiza Jazz 2017 will be European, with the German group Malström, the winners of the Festival Getxo 2017, consisting of Axel Zajax, Salim Javaid and Yo Beyer, underlining the close contact that exists between the Basque festival and Ibiza jazz. At 22:30, it will be the turn of the Marcin Wasilewski Trio, considered one of the most brilliant talents on the Polish Jazz scene and recognized for his unique ability to blend traditional jazz with contemporary sounds.

For the Councillor for Culture, Pep Tur, “this is precisely what the Eivissa Jazz is supposed to do, to open up frontiers and introduce us to areas of Jazz that may not be so well known, but which are remarkably good quality”. 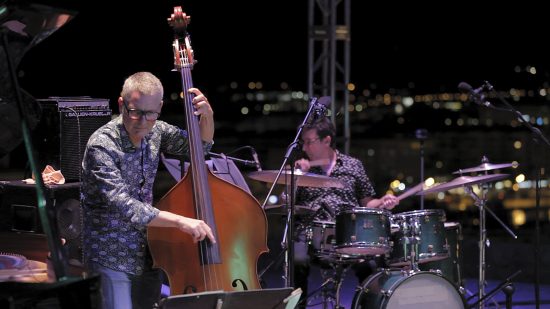 At the same time as the concerts, Ibiza Jazz 2017 is expanding in new directions by adding other cultural events to its agenda. This year it will have the exhibition “Imágenes en clave de jazz [Images in the key of Jazz]. Ibiza Jazz 2013-2016 “with photographs by José Luis Luna Rocafort that can be viewed at the Refectorio of Ibiza Town Hall from the 5th to the 22nd September.

The work and professional career of José Luis Luna Rocafort are closely linked to the music scene of the Balearic Islands and especially to the Jazz scene. From his earliest photos, in 1985, Luna stood out as a concert photographer and continues to do so today, with contributions to many well-known magazines. Luna has also taken part in many national and international exhibitions, and a permanent exhibition of his work has been on display since 2014 at the Mallorca Smooth Jazz Festival concert hall. 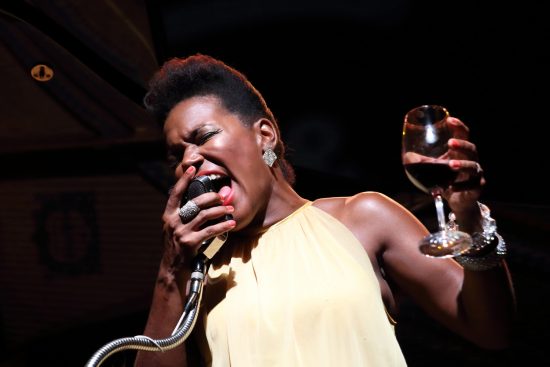 Another of the activities to be held as part of Ibiza Jazz 2017 is the premiere of the video clip “Thrashê”, produced by Jara Estudioso and directed by Javier Riera. It will be presented on the 8th September at 20:00 in the Refectorio of Ibiza Town Hall and will be accompanied by a short performance by the Omar Alcaide Quartet. 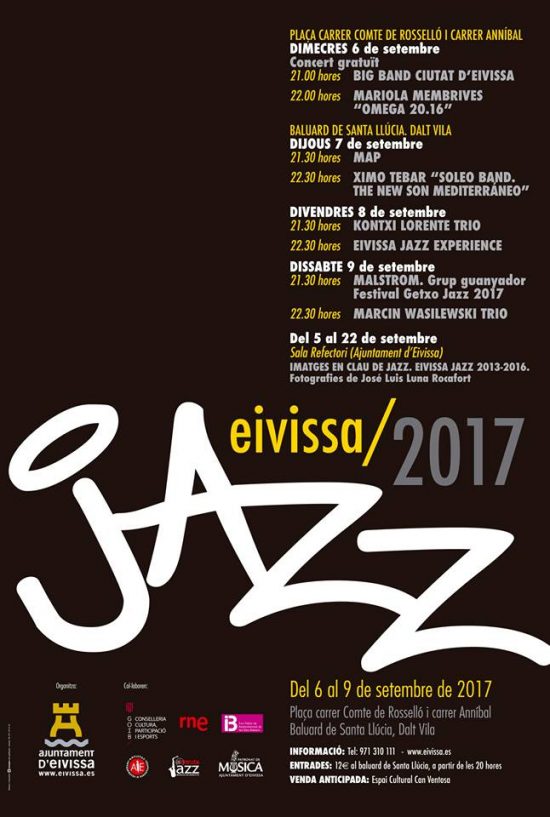