Passeig Vara de Rey constitutes both the nerve centre of the town and the border with the La Marina district. At the close of the 19th century it was the starting point for the town’s peripheral developments and its generous dimensions make it a common site for cultural and popular events and crafts’ fairs. Its buildings house some of the town’s more emblematic restaurants and businesses in addition to a wide range of shops and services. 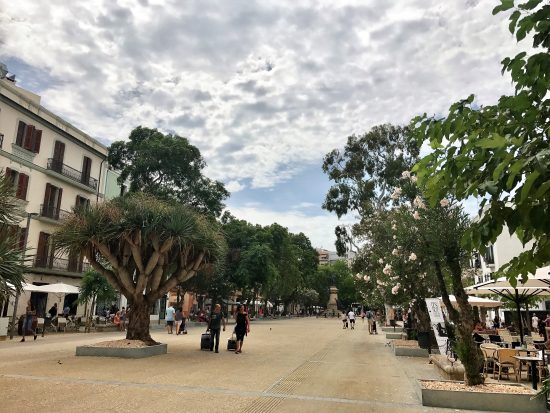 Some of the buildings on the avenue are of architectural interest, for example the colonial-style Hotel Montesol on the corner closest to the port, one of the highlights. Other buildings of interest are La Mutual (nº 8-16), Casa Matutes (nº 1) and Cas Turs (nº 5). 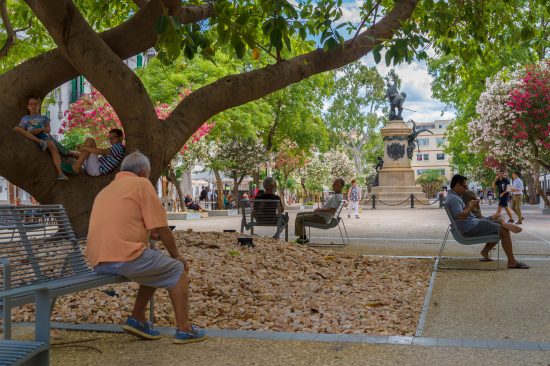 The centre of the square is home to one of the town’s most important monuments, which is dedicated to General Joaquín Vara de Rey y Rubio, who was born in Dalt Vila Castle in 1840 and died heroically in the Battle of El Caney in the Spanish-American War of 1898. Modernist in style, it was funded by donations from the Spanish people and inaugurated by King Alfonso XIII in 1904. 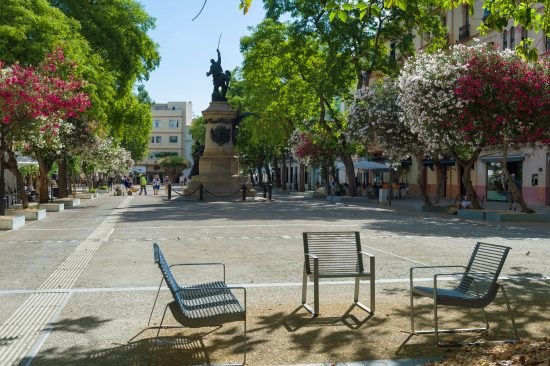