Since the beginnings of its history, the city of Eivissa has been a meeting place and point of exchange for different cultures. Phoenicians, Romans, Vandals, Byzantines, Visigoths, Muslims, Catalans and so on have occupied Eivissa. This cultural wealth has influenced its cultural singularity and landscape.

In the last 40 years, the needs of a tourism – at times excessive –turned into a greater occupation of the territory. Tourism transforming a poor island from which many of its inhabitants had to emigrate into a source of wealth. Society develops quickly towards modernity, but the island has managed to maintain an enormous collection of unique places that, along with the attitudes of its inhabitants, make up a special and extraordinary territory in the Mediterranean.

The city of Eivissa or Vila, concentrates a large number of services and activities. Its evolution has taken place in harmony with the traditional districts, such as La Marina, El Eixample or Dalt Vila, which is preserved in an exceptional state and has been declared World Heritage.

A strategic maritime fortification in the Mediterranean since historic times, in the 1930s, the first visitors, adventurous tourists, found a singular island, and started to disseminate the international myth of Eivissa.

Today, Eivissa/Ibiza, World Heritage represents a multicultural city with a great tradition in tourism. It offers a whole host of possibilities all year round. Welcome to Eivissa/Ibiza. 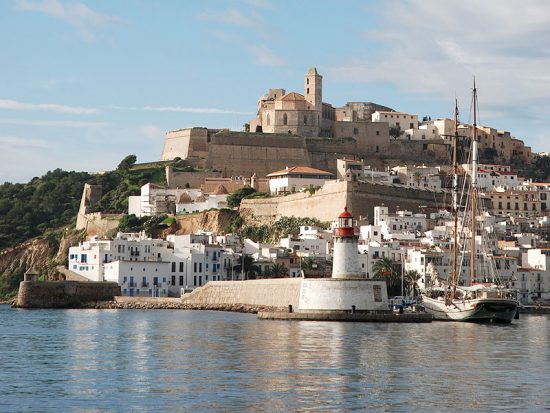 Cultural visits
up
We use cookies to ensure that we give you the best experience on our website. If you continue to use this site we will assume that you are happy with it.OkLeer más