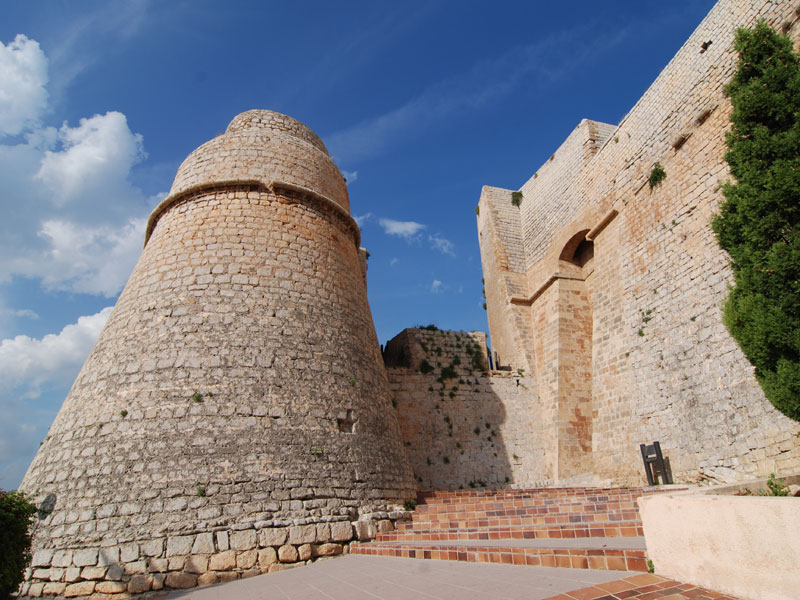 The Museum at Puig des Molins

At the close of the 7th century B.C. the Poenicians established themselves at Puig de Vila and the surrounding area and founded a settlement on the bay of Ibiza which constituted the original core of the city. It was in this period that the lower part of Puig des Molins began to be used as a necropolis and reached sn extensión of 10.000 m².

The Puig des Molins was the cemetery for the city of Ibiza during Antiquity. It is located some 500 metres to the west of Puig the Vila where te city stood since its founding by the western Phoenicians at the en of the 7th century B.C.

At the site at plot no. 12 on calle de sa Capelleta there are three clearly chronologically differenciated stages. The oldest occupation on the plot dates from Punic era. In the Roman period the area was accupied for the purpose of burials before becoming a necropolis between the 2nd and 4th centuries A.D. There is also, finally, a major site from the Islamic period being urban settlement which has been identified outside of the walls. Th estructures need to be compared with those excavated inside the Puig des Molins estate so as to be able to realice the dimensions which the settlement had.

These routes invite a traveler interested in contemporary art and culture to travel these roads, where memories and traces are stored. There are many more posible routes and none would disappoint the traveler, the restles tourist, the seeker of references and stories.