Photographs of Vicent Marí at the Puget Museum 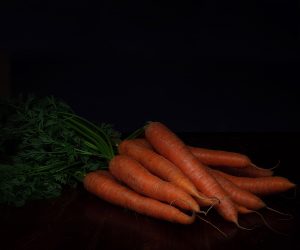 The Puget Museum hosts the exhibition ‘Terra Natal’ by the Ibizan photographer Vicent Marí. This exhibition, which can be visited until the end of the year, contains 22 photographs of 29.8 x 36 centimeters where fruits and vegetables grown on the island of Ibiza are portrayed.

The exposed images were made using the technique of ‘dark photography’ and evoke the still-lifes of the Spanish and Dutch school of the 17th century. However, while those baroque natures tended to reflect on the fleeting existence that is life, in the case of Vicent Marí’s photographs they are like a metaphor for the island of Ibiza, a visual representation of the fruits of this’ homeland’.

This is the first exhibition of Vicent Marí (1972) since 2013. Graphic editor in Ibiza’s newspaper, Marí has published the books ‘Gent de la Marina d’Eivissa’ -with texts by José Manuel Piña-, has illustrated Toni Cardona’s poems ‘El gust, l’illa i la carn’, has Illustrated gastronomy books and has exhibited in spaces such as the MACE, the Sa Nostra Culture Hall or the Vía 2 Gallery, among others.

Folk dance in the port of Eivissa

Celebration of “Virgen del Carmen” (The Patron Saint of sailors)